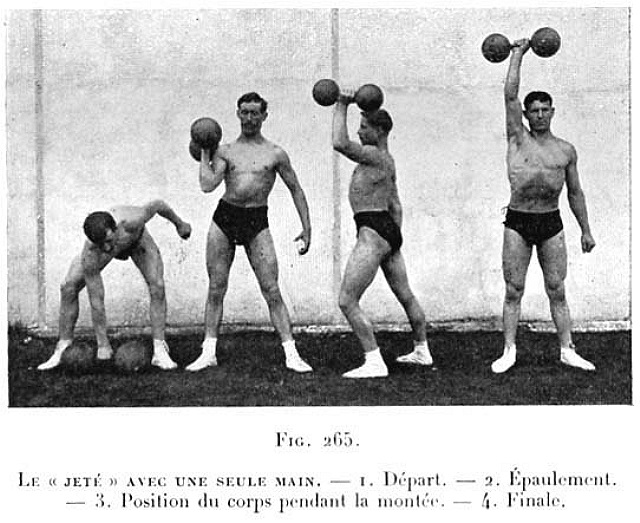 In the process of my translating Georges Hébert’s work, as well as the upcoming release of the 3rd installment of his Practical Guide to Physical Education, the chapter on lifting refreshed me with something something cool: lifting terminology in French!

Revisiting those terms I hadn’t heard since childhood P.E. classes was interesting, to see how some names almost cue the exercises to perform. I wonder also if they give any particular exercise some “freedom” to do the move (as opposed to rigid standards), the way Crossfit terminology adapted terms to avoid being chastised for incorrect form or deviation from standards in other lifting sports.

Anyway, here’s a fun translation of the terms used in English and what they are in French (translated already, so no French words in this blog). Grammatically, they’re conjugated, past-tense vs English nouns.

Exact descriptions will be presented in book 3, chapter VI.

A bench press, by the way, would be a “lying developed”, while the clean & jerk is “shouldered & thrown”, which sounds more appropriate IMHO.